The 2021 Headwates TU election results are in!

Thanks to all of the folks above for volunteering!  Thanks also to David Bowman, who will assume the roll of Past President, for his leadership during the infamous 2020.  It wasn’t an easy year to be a volunteer leader with all of the curve balls covid threw at us, but David did an awesome job.  The team above joins existing Directors, Carl Saunders (Term ends 2023) and Bekki Heckman (Term ends 2023). 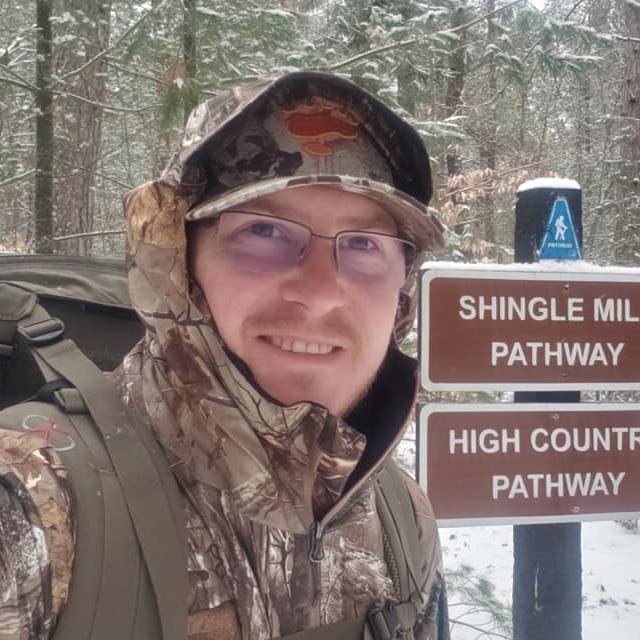 Message from the President

I’m excited to be back as President of Headwaters TU for 2021.  For anyone out there who doesn’t know me, I am from the Gaylord area where I have been happily married to my wife for 20 years.  We raised two children here who are now both off to college, making us empty nesters.  I’ve been a volunteer with Headwaters TU since 2005, minus a 5 year hiatus when I moved to upstate New York for work after Georgia Pacific closed.  While we were out there, I went to college and earned a degree in Environmental Science.  That degree choice was inspired by my time with Headwaters TU before the move where I was inspired by guys like the late Rusty Gates, John Walters and Headwaters TU co-founder, Dave Smethurst.  It was my dream to get a degree and move back to northern Michigan so I could put it to use as a volunteer for Headwaters TU.  And that’s what I did.

I previously served as Headwaters TU Chapter President in 2017 and 2018, and am incredibly proud of everything our chapter accomplished during those two years.
I didn’t seek re-election in 2019 as an opportunity came up with a different non-profit that was cut short when I was diagnosed with melanoma from too much fun in the sun (Wear your sunblock, kids!).  Fast forward a year to where David [Bowman] asked me to be his Vice President for 2020, and a year later, here I am back as President.

Its good to be back.

When I walk down the Cornwell access on the Sturgeon to throw hoppers in early August, I take a lot of pride in those last few steps before stepping into the river as I was part of the team that helped plan and construct them.  When I can actually wade parts of the upper Black downstream of Saunders Dam which used to be unwadeable due to so much black sediment in the river it was up to your belly button, I know that its possible because of a day a few years ago when a bunch of us went in and ripped 7 beaver dams out.  When I catch brookies off the bubble line formed by a large woody debris structure on the Black near Blue Lakes, I know that its there because our chapter helped fund its construction.  When I’m mousing Green Timbers on the Sturgeon and don’t get snagged up on the 400lb stove that used to rest on an outside bend, I know its because one day a few Octobers ago, four of us dragged that cast iron stove out of the river and heaved it into the back of a pickup truck.    I can think of dozens of other examples like these, and I’ve been around long enough now that its almost impossible for me to fish a stretch of water without having been part of some type of conservation project there in the past.

We have two spots yet to fill on our Board of Directors, and can use some help on all of our committees:  Conservation, Education/Outreach, Fundraising and Communication.  If you’re interested in joining our team, please email headwaterstroutunlimited@gmail.com.

Do you love one of the core Headwaters TU trout streams– the Pigeon, Sturgeon, Black, Deward Tract on the Upper Manistee or the upper Au Sable?  Or maybe you’re a fan of the another stream that begins in or exists within our chapter’s territory such as the Jordan, the Ocqeuoc, the Thunder Bay, Big Creek, Hunt Creek, or Gilchrist Creek.  Or maybe you like to fish for Stillwater trout in the Sinkhole Lakes.  If you enjoy any of these places, and you want to give back, there is no better way to do so than volunteering for Headwaters TU.

We have a monthly fishing club planned where we will meet up at a pre-determined location and do some fishing, starting with Thumb Lake the first Saturday in February at 8am off the public boat launch.  Keep an eye out for future Headwaters TU email newsletter for more details.

We had to cancel Tie One On last year halfway through due to covid.  Covid doesn’t appear to be going anywhere, but Tie One On is coming back, running four Wednesdays in March.  There will likely be live and virtual participation options which our education/outreach committee will work out the details on over the coming weeks.  Keep an eye on future newsletters and/or the website for updates.

In response to several discrepancies, loopholes and grey areas within the Headwaters TU Chapter bylaws, a special bylaws committee has gotten together and drafted multiple recommendations to incorporate into the bylaws to clean everything up.  One of the requirements in our chapters bylaws is that we notify the membership 30 days in advance with the details on what changes we’d like to make, as well as what those changes are.  We then have to let the membership vote on those changes via a special meeting.  The special meeting will be integrated into the March 4, 2021 board of directors meeting at 6PM.  All Headwaters TU members are welcome to participate and vote on these proposed changes in person, or virtually if you’d prefer via video conference.   If you’d prefer the virtual option, please RSVP so we can send you a meeting invitation.

To volunteer or for general chapter inquiries, please email headwaterstroutunlimited@gmail.com.